The Empire of Trebizond (Greek: Βασίλειον τής Τραπεζούντας) was a Byzantine Greek successor state of the Byzantine Empire founded in 1204 as a result of the capture of Constantinople by the Fourth Crusade.   Queen Tamar of Georgia provided troups to her nephew Alexios I, who conquered the Pontic Greek city of Trebizond, Sinope and Paphlagonia.   It is often known as "the last Greek Empire".

When Constantinople fell in the Fourth Crusade in 1204 to the Western European and Venetian Crusaders, the Empire of Trebizond was one of the three smaller Greek states that emerged from the wreckage, along with the Empire of Nicaea and the Despotate of Epirus. Alexios, a grandson of Byzantine emperor Andronikos I Komnenos, son of Rusudan daughter of George III of Georgia, made Trebizond his capital and asserted a claim to be the legitimate successor of the Byzantine Empire. 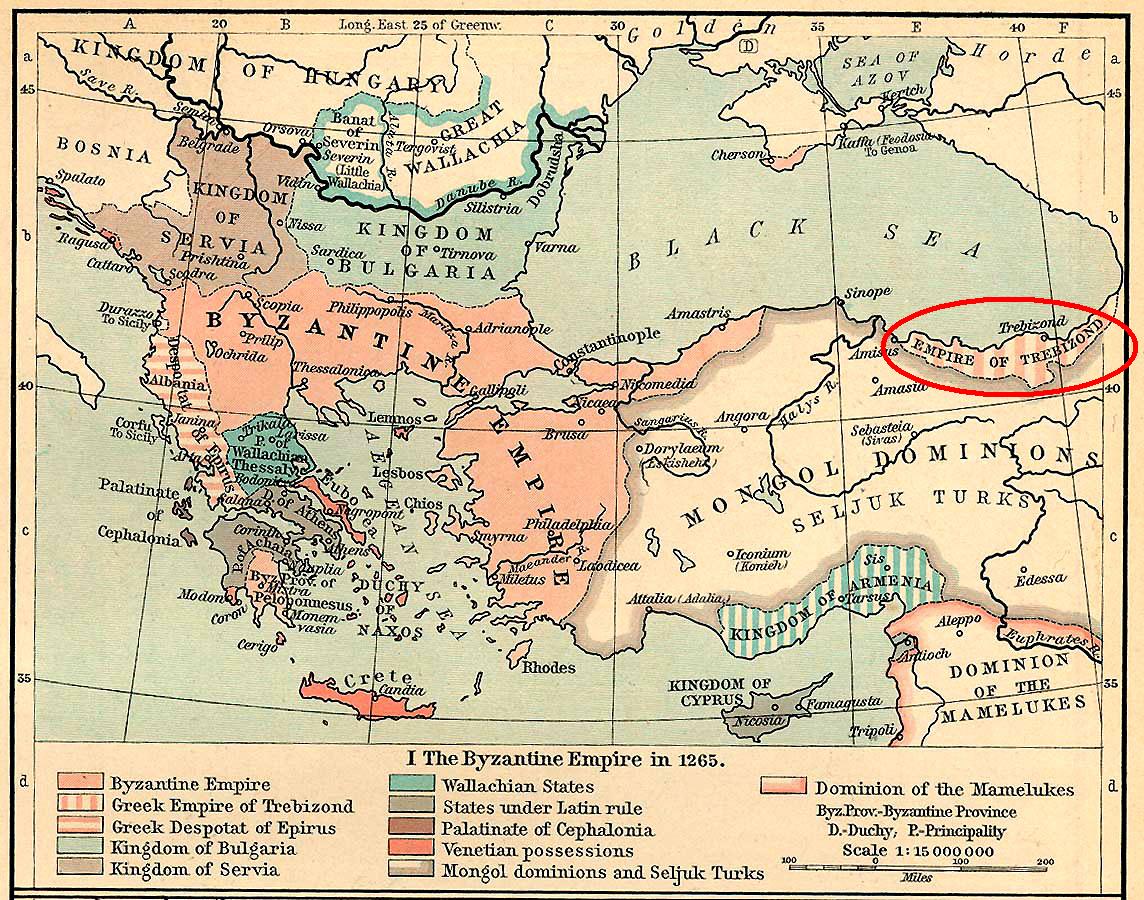 The empire was seized by a pair of adventurous descendants of the great Komnenian dynasty of Byzantium, and waged an unending economic, political and military war against other interests along the Black Sea coastline, from 1204 until they were finally annexed by the Ottomans in 1461.

One significant reason that western historians have given Trapezuntine Byzantium little scrutiny is that the nation's rulers were very willing to reach an accommodation with Islamic dynasties and states in order to preserve that independence.

The Mongols were particular patrons of Trebizond, as they chose to pass all the trade coming West along the silk road through the ports and towns of northern Anatolia. Trebizond was therefore an immensely wealthy state at times, and used their economic strength to hire professional soldiers from all around the region.

The Emperors of Trebizond