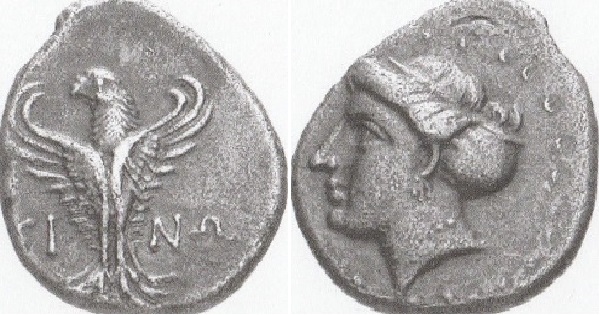 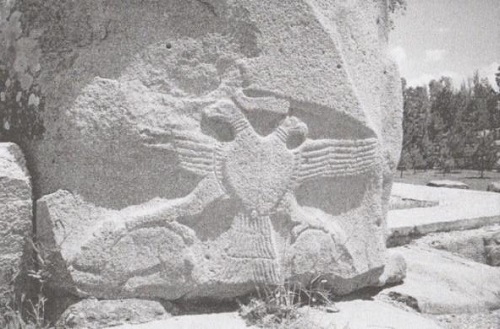 Alexios III Komnenos (reign 1349–90)
Eagle emblems used by the Komnenoi include Theodora Kantakouzene, wife of Alexios III Komnenos [a relative of the Byzantine emperor at Constantinople] wearing a gold robe patterned with double-headed eagles in the portrait of the couple on the chrysobull [document of state] of the Dionysiou Monastery at Mt Athos Greece (Figure 4).  Alexios III wore official robes with no eagles (Bryer and Winfield 1985).

From the mid-14th century double-headed eagles appear on the coins of the Trebizond empire and they appear on Catalan maps.  The double-, rather than the single-headed eagle seems to have been used as a mark of the empire.  (It was, of course, a much more common symbol of the Palaiologan Byzantine empire of Constantinople.) (Bryer and Winfield 1985.) 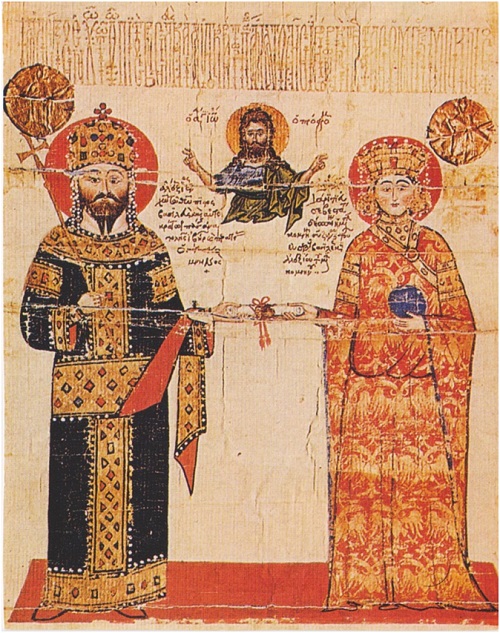 Pontic Greek community associations in Greece and abroad, especially from the 1970s enriched their iconography with many elements which included, the single-headed spread-winged eagle with its head turned, which appeared on the silver coins minted at Sinope around the 4th century BC (Figure 1).  This symbol is most prominent in the press and in Pontic periodicals, the most important being the journal Archeion Pontou [Pontic Archives] (Bruneau 2013).  (Note 5.)

The symbol of an eagle on ancient Greek coins from Sinope is the oldest example of this symbol in Pontos.  (Sinope on the Black Sea was colonised in the 7th century BC, on an existing settlement, by Greeks from Miletos on the west coast of Anatolia.  Sinope then established a Greek colony at Trabzon amongst native Anatolians.)