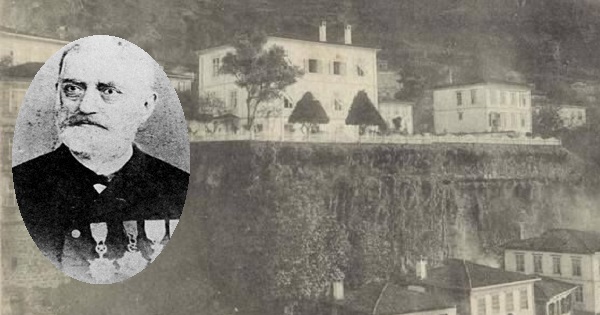 Georgos Konstantinidis (1828-1906)* better known as Captain Yorghi Pasha, was the Mayor of Giresun (Gr: Kerasunta) from 1889 till 1906. He was also a ship owner and a businessman. His family originated from the village Hopsa in the region of Gümüşhane. His father Constantine was also a ship captain while his grandfather was a metallurgist.

He was educated at Giresun but at a young age began working as a deck-hand on ships there. He eventually bought his first ship and at one stage was the owner of three. Before long he was exporting goods from Giresun to other ports including Russia, Roumania and Marseiiles.

His wife Elizabeth was from a wealthy family from Trabzon (Grk: Trapezunta) and together they had one son, Konstantinos Konstantinidis. who later inherited his father's business. Yorghi Pasha was a very popular man and many influential people visited his home in Kerasunta including the Grand Duke of Russia Nicholas Nikolaevic, many Turkish Pashas and many Ottoman officials including Sultan Abdul Hamid II who anointed Yorghi Pasha as the lifelong mayor of the city and awarded him many badges of honor. 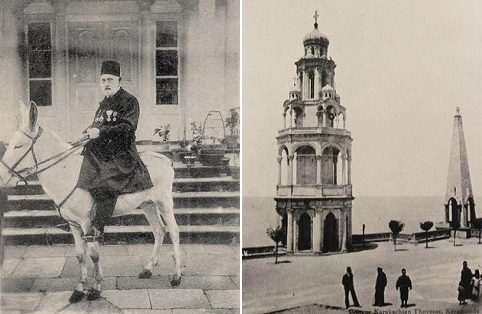 As Mayor of Giresun Yorghi Pasha was responsible for improving the city in many ways including the construction of public gardens, roads, hospitals, churches, mosques, schools for Greeks and Armenians, and religious schools for Muslims.

His funeral was attended by many people including city officialdom, the kaimakam, the Metropolitan, students from Greek, Armenian and Turkish schools, and a week's mourning was declared in all public offices. He was entombed at a height of 15 metres in the yard of the Church of Metamorphosis tou Sotiros. Following the 1923 exchange of populations between Greece and Turkey, his tomb was desecrated by Turks.

* Note: We found two different birth and death years so these are inconclusive. There was less than 5 years difference in the two sources.