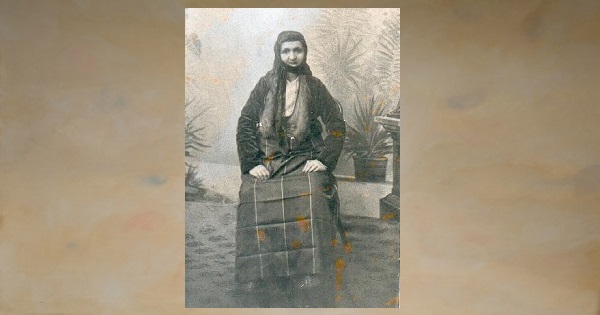 The grandmother in the Pontic family is called kalomana (Pnt: καλομάνα). The word derives from the Greek words: kalo which means good, and mana which means mother. In Pontus the term differed from region to region. For instance in Samsun it was kalimana (καλημάνα), in Oinoi kalyma (καλήμα), and in Trapezunta kaloumana (καλουμάνα). The kalomana had an important role to play in the Pontic family. She was the head-mistress and was highly respected within the household. She was influential in the day to day decision making of the family and was highly opinionated.

The Pontic household sometimes had married offspring living under the one roof. The kalomana would be responsible for assigning housework to the daughters-in-law and she made sure the chores were done properly. She would also settle any disagreements between family members. In the marriage of her children and grandchildren she would play a vital role. Family members often sought advice from the kalomana when the father of the household overexerted his authority on them.

In many ways, the kalomana played the role of mother for her grandchildren. In certain regions of Pontus grandchildren would even address their grandmothers as mother. In this situation, if a child addressed its mother as mother in front of his or her grandmother, it would raise the ire of the grandmother who would reply angrily by saying; "Silence! Stop that! I am your mother, and you must always call me mother!". (Pnt: «Σους, κόψον ατό. Η μάνα σ' εγώ είμαι. Εμέν θα λες μάνα...».

The Pontic grandmother loved her grandchildren more than she loved her own children. She would reinforce her love for them by saying; "My children's children are twice (as much) my children" (Pnt: «Τη παιδί μ' το παιδίν, δύο φοράς παιδί μ'»).