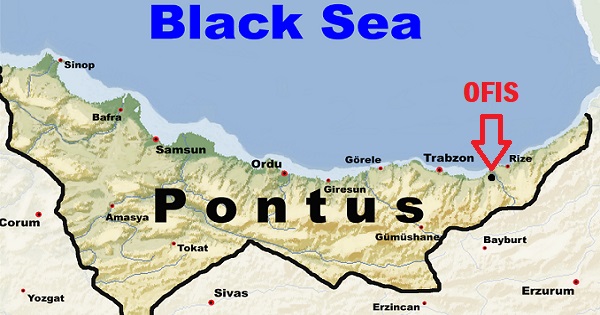 Ofis or Ofeos is a region situated approximately 60km east of Trabzon and 20 km west of Rize. Its name is derived from a river that runs through its western border called the Ofsou river or Kalopotamos. A large proportion of the Greeks in the region were Islamized in the 17th century however they retained the Pontic dialect and customs. The region also contained a number of Christian Greeks. In total prior to 1914 there were approximately 1,700 Greeks living in the Ofis region (ethnic Greeks and Islamized Greeks combined).

This above list was compiled by the Center of Asia Minor Studies (Κέντρο Μικρασιατικών Σπουδών) based in Greece. The list may exclude some villages which weren't known at the time the study was completed. Source: The History of Pontian Hellenism, Christos Samouilidis, Thessaloniki 1992.