On the 23rd of September 2007, three young people worked together in establishing the world's very own Pontian Wikipedia. After a lengthy process which involved the meeting of certain standards set by the Wikimedia Foundation, the Pontian Wikipedia came to fruition and is now available for viewing and public input from volunteers and those willing to contribute to the sustenance of Pontian Hellenism and culture. 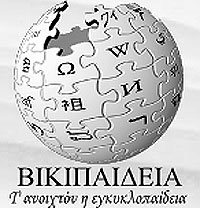