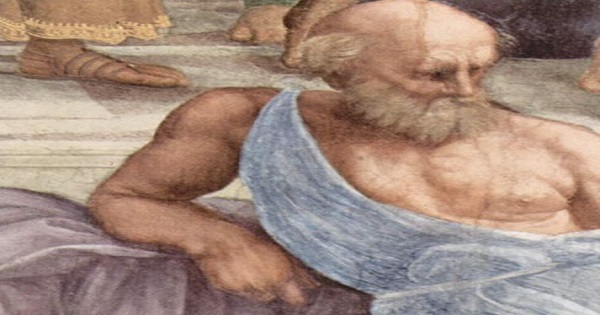 In a rusty, battered dumpster
Out behind the City Hall
Lives a ragged sage whose worldly goods are few.
This philosopher of refuse
Never sees a shopping mall,
For he rarely has the cash for something new:

He is clothed in motley cast-offs
That the rich have put aside;
He can make a meal of food they throw away.
Through the bitter nights of winter
On these mean streets he'll reside,
Eking out a lean existence day to day.

There are those who say he's crazy,
Knowing he declines to go
To a shelter run by local charity.
But they've never seen such places -
Where thugs roll you for your dough,
And your bunk-mate is a wino with TB.

He feels safer in his alley,
Whence he ventures out by day
Begging change from any passers-by he'll meet.
He harangues them with wild lectures
‘Til the cops can shoo away
This uncouth professor from the gritty street.

When the politicians blather
And such poverty decry,
They all pledge to help the homeless if they can.
Would they feel a bit embarrassed
If he looked them in the eye
Just to see if he could find an honest man?

Diogenes of Sinope was a philosopher who lived in ancient Greece during the Fourth Century BC. He was the best-known proponent of Cynicism, and certainly one of the most eccentric, making his home in a disused wash tub near the main square in Athens. If he lived today, we would call him a homeless "street person." It is sobering to speculate that contemporary society would probably fail to recognize Diogenes as a philosopher at all! It was said that he lit a lamp in broad daylight when he ventured into the marketplace, searching in vain for an honest man.