These newspapers gave information in relation to the trails of the Unionists and also handled the massacres which were realized within many parts of Asia Minor during the Genocide period, and indicated the responsible persons and divulged the murderers.

Within the Armenian newspapers’ pages of that period, much information which did not come to light is hidden.  The Armenian press of the period 1918- 19 is still waiting for the researchers. As an example, in relation to the above considerations, the Aravot Newspaper can be used: Within the Aravot newspaper dated the 28th of April 1919, is information in relation to the trails of the Genocide perpetrators. It discusses the worsening conditions of the miserable exiles which were gathered in Giresun. Within the Genocide period there was also a request about the restitution of confiscated foods. Ankara Haymana Greeks are also mentioned in the newspaper.

Within the article by M. Suryan with the heading Exile and Massacre – Stanoz and Ayaş which focuses on the Genocide, on the first page of the newspaper, the massacres at Stanos in Ankara (which comprised of 800 Armenian houses) and in Gradz Kar (Kireçtaşı) which was another Armenian village (composed of 20 Armenian houses and located 1 hour away from Stanos) are narrated:

“Armenian men of these two villages were fully exiled and slaughtered. Women were sent to different Turkish villages and tortured and disrespected. The Military Officer whose name was ZEKİ FROM CRETE slaughtered 23 (some witnesses gave this number as 33) intellectuals in Ayaş Belin which were exiled to Ayaş from Istanbul with the Sergeant Hurşit, and then he came to Stanoz. In Stanoz this bloodthirsty murderer exiled the entire male population from the city in order to satisfy his feloniousness. All of these men disappeared. One part of the first group of exiles was slaughtered in Stanoz and Ankara and the other part was slaughtered a little distance from Ankara. In the second group, more than 50 Protestant Armenians were slaughtered. The massacre was realized on the rocky place of the Belören hill at a place called İncirce which was 1 hour walking distance from Stanoz. The bones can be found within the water wells of the same place.”

The article narrates the massacre of the children from Stanoz and the mother’s desperation as a result of the massacres. It writes of the all-out slaughters, places and methods of the massacres. The death of Dr. Garabed Khan Paşayan who was the member of parliament from Sivas was tragic. Paşayan was slaughtered by scooping of the eyes. 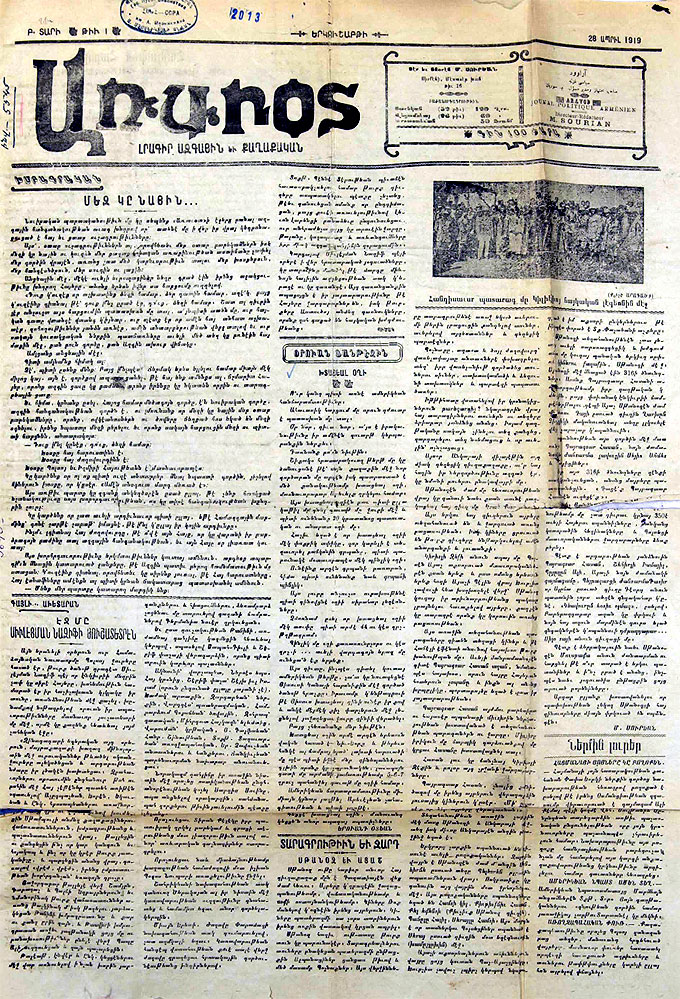 The murderers list of Aravod overlaps with the Exterminators list of Patrik Zaven. Aravod focused on the end of the Armenian Intellectuals who were exiled from Istanbul to Ayaş in an article with the heading Corpses of the Martyr Intellectuals, on the 2nd page. It also provides information regarding the slaughter of the Armenian leaders and the fissures and wells which were used to remove the corpses. In the article, a request is made to the Patriarchate to transfer the bones of the Armenian Intellectuals who were deported from Istanbul on the 24th of April 1915, those who  were in the fissures which take place on the bottom of the hill in front of the Baş Ayaş5:

“We request the Patriarchate to send a Priest here and to transfer these corpses to Istanbul under the presidency of the Priest. If this is not possible at least bury them into the Stanoz Armenian Cemetery”.

At the present time, the Stanoz Armenian Cemetery has been plundered by treasurehunters and looters. The gravestones were used in the garden of the municipality as decoration material a few years ago. I made a suggestion to the Patriarchate with a file regarding the situation and asked them to take these gravestones from the garden of the municipality and to transfer them to the Armenian cemetery of Istanbul – Şişli.  The answer was as follows: “We have many things like that.” 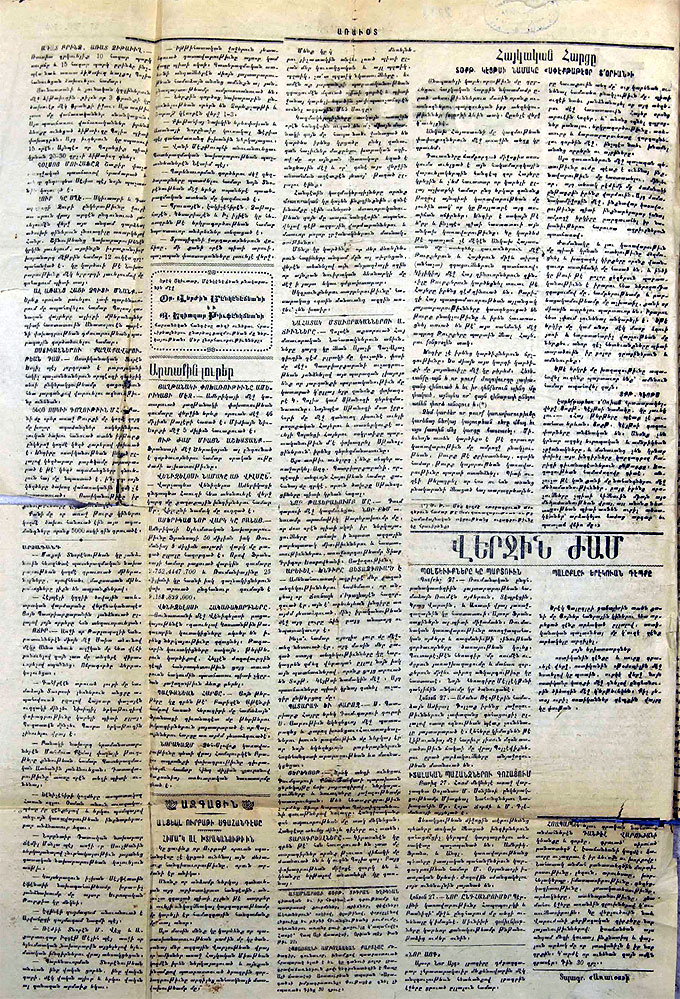 1. It takes place on the 13th line of the Exterminators list of the Patriarch Zaven:  “Mr.” Memduh is the district governor of Ayaş, he is one of the murderers of Armenian notables who were deported in Ayaş. [“HÜSEYİN MEMDUH ÖZORAN" (1884-1958). Memduh was on duty as district governor of Ayaş as from July 1915. He was assigned as the director of immigrants in Konya Province which was the gathering place of the exiles in May 1917 and then he was assigned in Develi in November 1917, after this he was assigned as the district governor of Bünyan in April 1918. He was assigned in the Armenian regions. Within the Kemalist era in the year of 1927 Memduh was appointed to the council of state.  Within the Kemalist era, until the year of 1948 as the member of the council of state, as the secretary general of the council of state he he dispensed “justice” in the administrative jurisdiction!].

2. It takes place on the 92nd line of the list of the Patriarch: Bayraktar Hassan the Crazy is a farmer in Ayaş & Stanos, he lives in luxury now in Stanos; he detained several Armenian girls in his house. Hasan was a shepherd who was grassing the animals of the Armenians. He is able to speak Armenian.

3. It takes place on the 93rd line of the list of the Patriarch: Ibrahim the policeman who is the son of Bayram was the assistant of Bayraktar Hassan in Ayaş, 600 Armenians were slaughtered by his efforts in Stanos, he raped and killed 12 boys whose ages were around 13 and 14.

4. It takes place on the 75th line of the list of the Patriarch: Hurşid the Sergeant is Macedonian (Muslim), he is a police commissioner, murderer, he lives in Ayaş now.