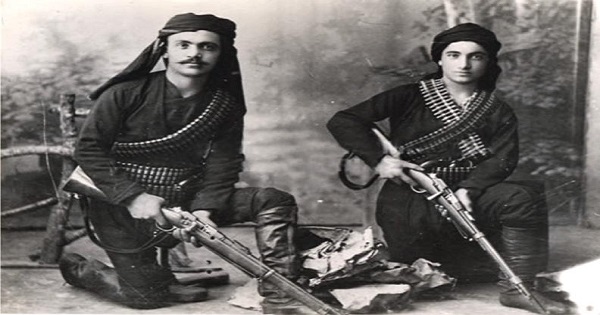 Most would be aware of the resolutions passed in US parliaments acknowledging or at least commemorating the day of May 19 as a day that genocide occurred in the Pontus region. Most of these resolutions would have come about as a result of efforts of Pontic associations which are mostly run by ordinary citizens. As a result of the lack of well informed personnel, most if not all of the resolutions contain factual irregularities. For instance most of them differ in the naming of the genocide, the number of victims, the inclusion or omission of other Greeks which also were victims of the same genocide (Greeks of other parts of the Ottoman Empire) and a general lack of uniformity.

Mistakes have continued in other parts of the world namely in Australia where Pontic Greeks sought a separate recognition and placed the other Greek victims (which by the way outnumbered the Pontic Greeks) into a category of 'other minorites'. It must be stressed that more Greeks perished during the Greek Genocide of 1914-1923 outside of Pontus than within it. So why do Pontic Greeks do it?

In Sweden last year (2010), a resolution was passed which only recognized the genocide of Pontic Greeks. The resolution was adopted after additional information (which pointed to the genocide in regions outside of Pontus) was used. It was a result of efforts by a politician of Pontic descent who resides in Sweden. So we can see a clear pattern here. Pontic Greeks are only concerned about their own people. They have little or no concern for the other Greeks that lived outside of Pontus and who also died in the same circumstances as their own people. In other words, the Greeks who were sent on death marches, massacred, raped, and left to die in regions such as Smyrna, Nicomedia, Constantinople, Eastern Thrace etc are not worthy of recognition. This behaviour is certainly worrying. A genocide is certainly a dreadful act. But recognition should encompass all the victims and not just those from one region. After all, if we look at the definition of the term genocide as mentioned above, the Pontic Greeks are acting outside of the definition of the term. They are not a distinct race, ethnic group, religion or national group.

Aside from pride in their own separate culture (they danced and spoke Greek differently) there is another reason why they seek separate recognition. And that is, because they can do it and get away with it. In much the same way as the Turks committed genocide and thought they could get away with it, the Pontic Greeks too are behaving in much the same way. If a Pontic Greek was to read for instance The Blight of Asia by George Horton or an article in the New York Times which talks of massacres of Greeks in the former Ottoman Empire, he or she immediately uses that information to say that a genocide occurred just in Pontus. Which is not true. Pontic Greeks have filtered out information detailing the genocide of all Greeks of the former Ottoman Empire to support their own case. And this must stop.

If Pontic Greeks are in fact Greek as they insist they are, then they must behave so. Seeking recognition for a genocide based on just one region is immoral. My efforts to highlight this injustice has got me into alot of trouble. I have tried to bring this injustice to the attention of Pontic Greek organizations in Australia and around the world and I have been treated with utmost disrespect. I have been verbally abused by Pontic Greeks who consider me a trouble maker. But how so? Are these the actions of a civilised race? Why can't Pontic Greeks accept someone else's opinion? Why must they resort to violent means to silence me? How can I be a trouble maker when I am seeking the recognition of all the Greeks who perished due to genocide? Is this such a bad thing? In effect, according to Pontic Greeks, people who seek recognition based on the true meaning and definition of genocide, are simply getting in their way.

Pontic Greeks will continue to get in the way of the international recognition of the Greek Genocide if they continue this path. Their continual insistence in using the fallacious term 'Pontian Genocide' will only delay worldwide recognition. The term 'Pontian Genocide' means nothing to a non-Greek. Most people would have no idea what a Pontian actually is. In fact a Pontian is simply someone from Pontus, in much the same way as an American is someone from America. The term doesn't define if that person is Greek, Turkic, Armenian or a Laz. Which brings another issue to light. Many Pontic Greeks insist that Pontus was a Greek state and it should be returned to its rightful owners meaning the Greeks. This is nonsense. Pontus was a region in which many races of people lived. When Greeks first set foot in Pontus, they found other races already living there. And throughout history the region was always inhabited by other races. Pontus was always a region where people of many races resided.

As Greeks we can only hope that the efforts of Pontic Greeks in seeking separate recognition stops. Exclusivity of suffering should have no place in genocide recognition. Another point causing confusion is the issue of the separate dates of commemoration. There are currently 2 official days of mourning approved by the Greek parliament, and one unofficial commemoration date for the genocide. For the Pontus region it is May 19; for the genocide in the remainder of Asia Minor it is Sep 14 and for the Thrace region Apr 6 (not recognized by the Greek state). The Greek state should be held accountable somewhat for assigning May 19 as a day of commemoration for the Pontic Greeks. This occurred in 1994. In doing so, albeit under pressure by Pontic Greek politician Michalis Charalambidis, they have given Pontic Greeks (false) belief that the genocide in Pontus was a separate event. Which it wasn't.