The Castle of Empress Eirene of Trebizond 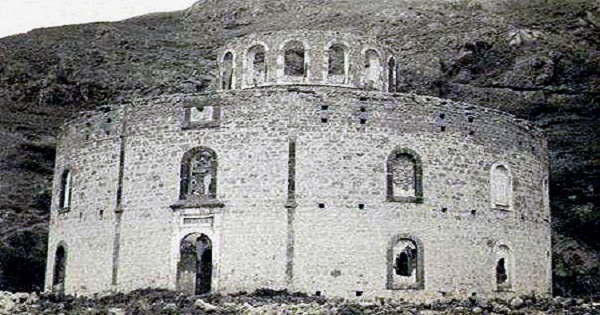 The Castle of the Empress Eirene Palaiologina of Trebizond (Gr: Πύργος της Αυτοκράτειρας Ειρήνης) is located west of the Boztepe Hill in Trabzon. Today it is referred to as Cephanelik which means 'ammunition depot' in Turkish since the structure was used as a munition depot during the Russian occupation in 1916-1918. Empress Eirene of Trebizond reigned between 1340-41 and the castle is believed to have been constructed around this time. The building was used as a meeting place for the Trebizond aristocracy.  It consists of 2 towers, one built inside the other. Today it is used a restaurant after extensive renovations were conducted.