Ιt was built in 1904, but didn't come into operation until 1908. Its first principal was Gervasios Soumelidis. At first they named it the Theological School of Prasari (Grk: Ιεροδιδασκαλείο Πρασάρεως), but later renamed it the Theological School of Pontus. It only functioned for 6 years, from 1908-1914 as a result of WW1. It was located close to the village of Prasari in the Kerasunta (Trk: Giresun) region. It was built on top of a rock face, the sides of which were very steep. It was founded under the guidance of the Metropolitan of Chaldia, Laurentios Papadopoulos. The funds used to build the school were from community donations and also from the Diocese.

The school building comprised of classrooms, student dormitories, teachers' rooms, kitchen and a dining room. According to the school's constitution, children were only admitted from the 5th grade onwards and only after strict examination. All children lived within the school and paid 10 Gold Turkish lira a year. Some disabled children were allowed to attend for free but only if they were bright students. Only the finest teachers were selected to teach at the school, some of which included N.Georgiadis, C.Ipakiadis, Theod. Baltadoros. The school was under the supervision of the Metropolitan of Chaldia himself.

It's unknown whether the building still stands today. 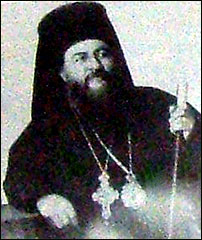