Why do Greeks have 3 days of remembrance for the genocide? 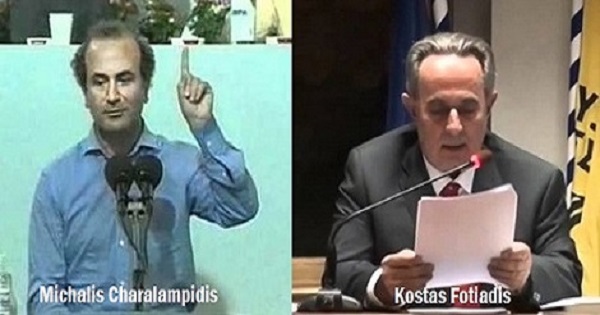 It's generally accepted that Ottoman Greeks were collectively the victims of genocide during the period 1914-1923. So why do Greeks commemorate the genocide on three different days each year, and not one? The Greek Genocide is commemorated by Greeks all over the world on the following days; April 6 for the region of Eastern Thrace, May 19 for the region of Pontus and September 14 for the entire region of Asia Minor.

To understand why the genocide is commemorated on three days it's important to look back at events that occurred almost four decades ago and in particular the formation of a group that historian Vlassis Agtzidis refers to as the Charalampidis-Fotiadis Group. The Group forged the path that the Pontian lobby has now taken for the last 30 odd years; a path that has negatively influenced calls for an inclusive recognition of the genocide of Greeks, in other words a Greek Genocide. It's also resulted in the fragmentation of the genocide into three groups, and three remembrance days. Ultimately, it has divided the Greek victims and the Greek national consciousness. The Greek public, be it in Greece or the diaspora, do not consider the genocide an issue of national significance due to the division that now exists.

The political characteristic of the Group was to create a single voice for all Pontian matters. The founding member of the Group, Michalis Charalampidis is a sociologist who was born in Greece but fled to Italy during the Greek Military Junta (1967-74). He became a high ranking member of the PASOK political party occupying a senior position in the party executive. Kostas Fotiadis at the time was a PhD graduate in history who held a vast knowledge of information on Pontic history. However he didn't preserve it for research purposes only. Fotiadis allowed people within the Group to take advantage of his work for political and ideological purposes.

The movement appears to have started around 1980-1985 when the PASOK party was governing with a majority in Greece. At the time, PASOK had a number of members of Pontic descent in its ranks. By the early 80's, Pontic Greeks had delved into the historic aspect of the genocide in Pontus. Polychronis Enepekides had researched the Austro-Hungarian archives (1958) and the term genocide was used by Giorgos Lampsides (1965). During this time, the Pontic movement experienced a radicalization and Pontians were even calling for the liberation of Pontus. From the outset, the aim of the Group was to assert itself throughout all Pontian matters, competing with other Pontian organizations, to nullify them, or drive them out. Some of the Group's goals were:

- to disassociate Pontians from the other Greek refugee groups,
- to develop a special identity with nationalist characteristics,
- to present the Pontians in a way that would stir the public's emotions,
- to promote the belief that Pontians are still refugees in an inhospitable and hostile Greece and that Greek institutions are equivalent to Ottoman institutions.
- to use any means, legal or illegal to achieve their goals.

The Group's primary focus, and the main strategy it used to connect with Pontians was the movement towards the recognition of the genocide in Pontus. Even though the genocide had been researched before the Group's formation, the Group claimed that the genocide was a discovery of its own. Charalampidis' prestigious position as a high ranking official within PASOK and the existence of a group of Pontian MP's within PASOK functioned as the lobby within parliament for the Group to achieve its aims. The recognition came in 1994 when the government of PASOK affirmed May 19 as a day of remembrance for the genocide of the Greeks in the region of Pontus.

A period of confusion and disenchantment was to follow as other refugee organizations scrambled to have their own days of remembrance assigned as well as attempts at unification. In 1998, the Hellenic Government recognized September 14 as a day of remembrance for the genocide of the Greeks of Asia Minor as a whole. Since Pontus was a region within Asia Minor, some argued that this recognition was a correction of the 1994 recognition and an attempt at being more inclusive. Either way, Greeks now had 2 days of remembrance for the same genocide.

As a result of the actions of the Group, Greek calls for recognition were now divided over regions and remembrance days. What also resulted was an active Pontian lobby both in Greece and the diaspora seeking to recognise the genocide of the Greeks only from Pontus. This Pontian lobby uses information specifically regarding the events in Pontus to influence politicians into recognising the genocide in Pontus. In many cases, the Pontic lobby - which is usually made up of Pontic Greeks of a social club with little knowledge on the genocide - seeks recognition by influencing Greek community leaders and politicians in the diaspora.

Greek-Canadian Senator Leo Housakos is also currently lobbying the Canadian Government to recognise the genocide of the Greeks only from Pontus.  It is unclear why Mr Housakos is ignoring the genocide of other Greeks and what his motivation is for recognising only a fraction of the Greek victims. Again, it would be highly unlikely that the Pontian lobby did not play some part in influencing him. In November 2018, Housakos put a motion before the Senate of Canada to recognize the "Pontian Genocide[sic]" and it was rejected. It's worth noting that 80% of the Senators who voted against the motion were Independents and four Conservative Senators voted against it. Senator Housakos, a Conservative himself, obviously did not have the support of his own party. One of the Senators who abstained from voting, Senator Sinclair, an Independent, stated after the vote: "I would like to point out that I found the motion itself to be acceptable insofar as it related to Pontic Greeks, but it was not inclusive of all the Greeks who were subject to the genocide at that time. I thought it was too narrow. I abstained because it was not properly inclusive."

The end result of the formation of the Group is that today, some 30 years later, there is an active Pontian lobby around the world continuing to act with the goals of the Group in mind using every means possible to achieve the recognition of the Greeks from the region of Pontus only. Their ability to influence Greek community leaders in the diaspora should be a cause for concern for all Greeks.