How Pontic Greeks omit other Greeks from Genocide Recognition

For the last 3 decades, Pontic Greeks have been highlighting, and seeking recognition for, the genocide of Greeks living in the Pontus region of the former Ottoman Empire.

Rarely if ever do Pontic Greeks seek recognition for the other Greeks who perished during the same period. While I knew this was happening, it wasn't until a brief period I started attending Pontic clubs that I finally understood the methods Pontic Greeks were using to omit these other Greeks from memory and recognition.

This piece has been written with the sole intent to highlight the methods used to omit Greeks from genocide recognition. Names have been withheld. I hope it indicates an inherent problem Greeks face with regards to the recognition of the genocide. That of exclusion and a distortion of the historical record.

When I joined a Pontic Greek club several years ago, I thought it would help me better understand Pontian culture. While it partly achieved this, I was also left puzzled and disappointed.

One incident in particular left me questioning Hellenism, Pontian Greeks, and the loyalty and bond I always assumed existed between the two.

I'm Pontic Greek, and the history of Asia Minor and Pontus always intrigued me. The more I read, the more I learn that the genocide the Pontic Greeks endured, was also endured by many other Greeks who were living in Ottoman Turkey. Greeks from regions such as Smyrna, Cappadocia, Bithynia, Eastern Thrace.... the list goes on; they too were victims of genocide

I was convinced by reading countless historical news reports and testimonies, both in Greek and English, that the genocide affected all Greeks. Everything that happened in Pontus happened to Greeks in other regions, both in time of war and peace, as well as in times of foreign occupation, or not. There was no doubt. Historians were also now speaking of a Greek Genocide.

The incident that left me disappointed happened when a group of 15 or so senior members of a Pontic Greek club I'd joined, as well as senior members of its affiliated clubs, including myself, were invited to a meeting with a senior politician to discuss the possibility of gaining recognition for the genocide of Greeks. The meeting happened at an Australian State Parliament. 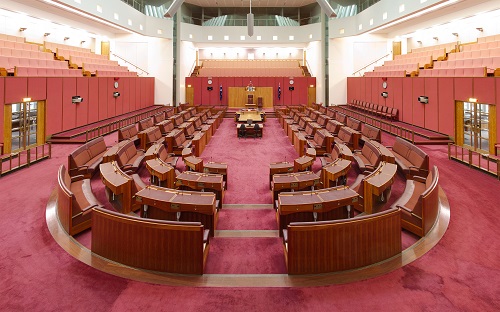 The clubs in question were part of a "coordinating committee" of sorts. They met on an irregular basis, and on a number of occasions, I asked them why they were only concerned about seeking recognition for the Greeks from the region of Pontus, and whether they would consider including other Greeks in future recognitions. It often angered them, leaving them scratching their heads. It was far too difficult to have them solve a decades long problem that just seemed to have festered. Especially since the majority of them were former or current laborers, elderly men who were all born in Greece and had little or no education. It was apparent that they were not qualified to change the status quo.

We arrived at Parliament House and had a lavish lunch seated at two large dining tables in the Parliament restaurant. It was a rather formal affair. I sat at the same table as the Minister. With us, were 2 executive members of the Greek community of the Australian state we were in. The Greek community leaders were not Pontian in ancestry, but they were very intent on having the genocide recognized.  They were responsible for arranging the meeting with the Minister.

Also with us, was a special guest from Greece who was vocal on the genocide. Each year, Pontic Greek clubs raised funds to bring a notable person to Australia from overseas, and on this particular year, the person was a very high profile Greek of Pontic ancestry, not only well known in the Pontic community, but also within Greek media. This gentleman was seated next to me possibly to help with translating. His English wasn't perfect, but it was adequate to understand us all.

The conversation was surprisingly informal to begin with. Everyone at the table seemed happy to be in the presence of a senior Minister and they all spoke comfortably about a number of things. I waited intently for the conversation to turn to the genocide. After a long wait, the two Greek community leaders raised the subject of the genocide with the Minister. The genocide was consistently being referred to as a 'Pontian Genocide', and only the plight of the Pontians was mentioned. After a while, I decided to interject. I couldn't sit there and allow these people to speak about the genocide in a way that omitted the suffering of other Greeks. I told the Minister, that the genocide in fact wasn't confined to one region, and that if he was going to recognise it, all Greek victims needed to be recognised in line with the historical record. I told him it was the right thing to do.

The two community leaders raised a collective eyebrow while the invited Greek guest turned to me and gave me an almighty stare. He waited for the conversation to shift focus before leaning over to me and whispering, in Greek: "Why did you say that? We are here to recognize the Pontians. There is no need to mention the other Greeks" or words to that effect.

It was a moment that left me speechless and shocked. How could a Greek citizen, someone who lives in a country that offered refuge to so many of the survivors of the genocide, say something so divisive? How could he so willfully support the omission of other Greek victims? Did he not feel an ounce of responsibility, as a notable Greek, to give the other unfortunate victims recognition? Obviously not. And to think that I thought highly of this man who openly wrote in the Greek media that the genocide affected all Greeks made it worse. The action of the Greek community leaders was also disappointing.

I realised then, that Pontians, through vigorous calls for recognition both in the diaspora and in Greece, are only interested in recognising the victims from Pontus, and Pontus only. And they have influenced Greek community leaders to the point where these Greek leaders are acting on their behalf.

Most people may not be aware, but there is an active Pontian lobby both in the diaspora and in Greece which is influencing Greek and non-Greek popular opinion on the genocide. Pontic Greeks have saturated the Greek media over the past 2-3 decades to highlight what happened in Pontus, and Pontus only. They have been vocal and they have not stopped seeking recognition in various countries. Greeks throughout the world have been reading about the genocide in Pontus and have been conditioned to believe that no other Greeks were victims. Which is untrue.

I was recently involved in another incident that exposed me to another method Pontic Greeks use to omit reference to the genocide of the other Greeks. A couple of years ago, I received a message from a radio presenter who invited me to talk about the genocide on his radio program. The presenter was Pontic Greek, and the program was to air in May which is the month that Pontic Greeks commemorate the genocide.

All of a sudden he said he had to get off the phone as visitors were at his house and he had to attend to them, and to ring him tomorrow. I tried phoning him the following day but he wouldn't answer. I tried again the day after, and again he wouldn't answer his phone. It was obvious that he didn't want to talk about the other Greeks. From being so intent on having me on radio, he totally ignored all my calls. I knew then, that Pontic Greeks, only want their own suffering to be known to the public. This of course is in line with their calls for sole recognition.

My experience is a prime example of how Pontians influence genocide recognition and how they present the genocide to the public. Their actions in silencing the suffering of other Greeks should be a concern to all people who believe in equality and justice.