Argonauts in the Antipodes of the South

In Argonauts in the Antipodes of the South, Makis Kasapidis presents a thorough analysis and critique of the Pontic Greeks of Australia. In parts of the book, the author looks at the achievements and philanthropic work of Australia's Pontic Greeks, while also singling out a few notable members of the community.

A large portion of the book - approximately one third - is dedicated to the numerous Australian Pontic clubs. The author delves into the formation of the clubs and some of the challenges they've faced during the early and subsequent years of their formation. The book includes numerous black and white archival photographs.

Makis Kasapidis was born in Greece and has a qualification in Classical Philology (Greece) and a Diploma in Education (Australia). He worked as an educator and featured as a regular columnist for a Greek Australian newspaper. In 1999 he became the Administrator of the short-lived Center of Pontian and Asia Minor Studies based at the Latrobe University in Melbourne. His other published work was a volume dedicated to Metropolitan Chrysanthos of Trebizond. 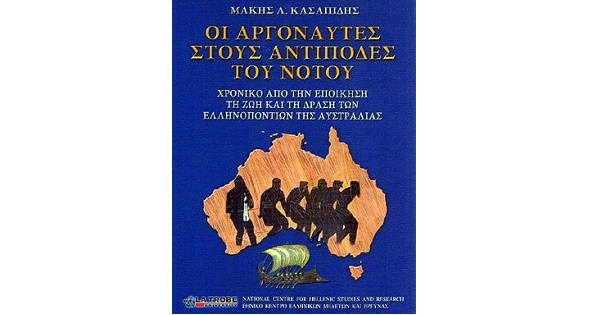