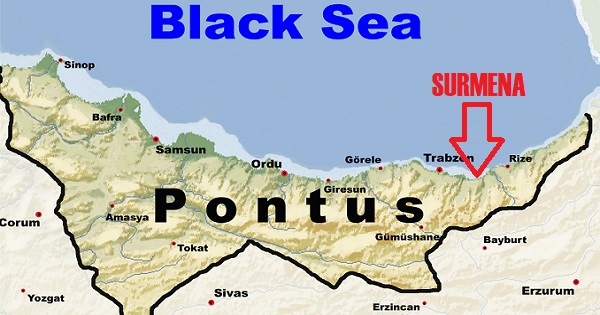 A list of the Greek settlements of Σούρμενα - Sürmene