Cutting through the Turkish lies and denials about the Christian Holocaust

George Horton was a poet, novelist and diplomat who was appointed US Consul General and served 30 years in the Near East with 5 years in Smyrna.

At the end of the First World War, revisionists claimed that the extermination of the Christians of Turkey resulted in retaliation against the entry of the Greek Army on Turkish soil. Horton strongly refuted revisionists' claims by stating:

I returned to Smyrna in 1919, shortly after the Greek army had landed in the city. As the Turkish plan of extermination was well under way before the arrival of the Greek troops, the Christian peasants had been driven out of the entire region with the exception of the city itself, and many had perished, their farms and villages being destroyed. They had scattered over the Greek islands and the continent, and at Saloniki, where the Greek government had constructed barracks to house them, there was a considerable settlement of them. Much has been said of atrocities and massacres committed by the Greek troops at the time of their landing at Smyrna on May 15, 1919. In fact, the events that occurred on that and the few succeeding days have been magnified until they have taken on larger proportions in the public mind than the deliberate extermination of whole nations by the Turks, and no consideration seems to have been given to the prompt suppression of the disorders by the Greek authorities and the summary punishment of the principal offenders, several of them by death. (72-3) repr: (48) The Blight of Asia -By George Horton 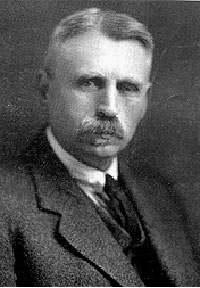 Researched by:Sofia Kontogeorge Kostos, Before the Silence: Archival News Reports of the Christian Holocaust That Begs to Be Remembered. Amazon books, 2010