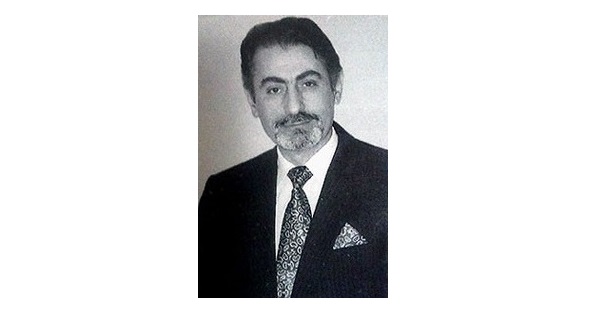 Harry Tsirkinidis was born in 1938 in Lekani Kavala in Greece. His parents were refugees from Pontus, Asia Minor. He grew up during the German occupation of Greece during WW2 and the Greek Civil wars of 1946-49. He was deeply affected by the tragic stories his refugee parents told him about the genocide of the Greeks in the Ottoman Empire, in particular their stories from Pontus. He was also affected by the expulsion of the Greeks of Constantinople (Istanbul) in 1955, and the Turkish occupation of Cyprus.

In 1961 he graduated from the School of Efelpidon as an Artillery lieutenant. He served as a staff member in Greece as well as Cyprus. He is a graduate of the Greek and French War Academies. He also graduated in law at the Salonica University. He served as a military Attaché at the Greek Embassy in France and later retired. He has written a number of books. His book on the Greek Genocide titled 'At Last we Uprooted them' came about following his lengthy research of the French military and diplomatic archives.

In 2019, the television series The Red River (Το Κόκκινο Ποτάμι) aired on Greek TV. The series is set during the Greek Genocide and is based on a book of the same name written by Tsirkinidis titled Το Κόκκινο Ποτάμι: Η Τραγωδία του Ελληνισμού της Ανατολής (1908-1923). Tsirkinidis has always emphasized to his audiences that the genocide in the Ottoman Empire was not confined to the Pontus region. In 2019, during a talk about the TV series in Kavala, Greece, Tsirkinidis berated the efforts of Pontic Greeks and Greeks in general on the divided approach Greeks have adopted on the Greek Genocide. View the video.