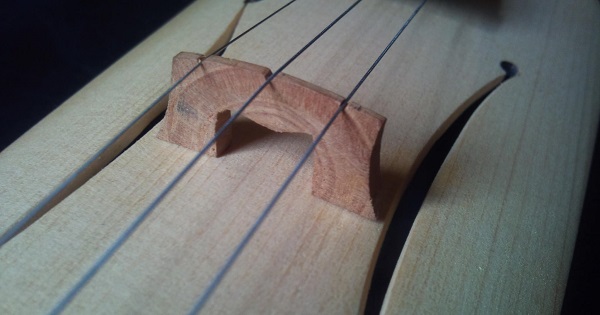 The Pontic lyra (or kemenche) is a 3 stringed musical instrument played primarily by those living in the historic Pontus region of north eastern Turkey and those who reside in the northern parts of Greece who originated from there. It is also known as the Pontian lyra, Pontic fiddle or kemençe (kemenche). It is without doubt the musical instrument that defines Pontic culture, and has a very distinct melody unlike any other instrument.

The Pontic lyra comprises a narrow box shaped body which includes a neck and a pegbox, and a soundboard which covers the body. The body is either made by hollowing out a single piece of wood, or by gluing pieces together. The best lyra are said to be made of extremely dense wood such as plum, mulberry and walnut. Cedar is sometimes used. The soundboard is made of pine or spruce.

The sides of the body are generally 2-3mm in thickness, as is the soundboard. The pegs are made of hardwood (usually the same wood as the body) and are inserted from the front. The chords are made of wire although sheep's gut was used historically. When using wire chords, two Violin A (La) chords are used, whilst the high pitched chord is a guitar 13 or 14 (Si) chord. Various other combinations of chords can also be used. 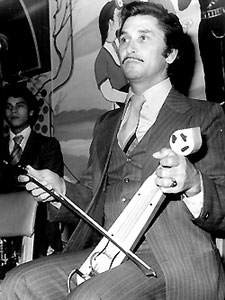 Traditionally, the bow (doksar) was made from an olive branch however nowadays it's made from any light piece of wood. Hair from a male horse's tail was used historically however bows with synthetic hair are more commonly used nowadays.  While playing, the tension of the bow hair is controlled by the second and third finger while it is held palm upwards.

Common tuning for the Pontic lyra is GDA and AEB, AAD and EAD and many others. The instrument is tuned in fourths. It can be played while standing up or sitting down and is held vertically. When seated, the bottom of the lyra is rested between the thighs of the player. The chords are touched with the flesh of the fingers, not the nails. There is no vibrato. A particular characteristic of the Pontic lyra is its polyphony in which drone effects and parallel fourths dominate. Wrist movement is also used especially in faster paced tunes.

The origin of the Pontic lyra is very difficult to define due to a lack of recorded historical references. The word kemenche is believed to be derived from the Persian words keman (bow) and che (little). The kamancheh or kamāncha is a Persian bowed string instrument related to the bowed rebab (the historical ancestor of the kamancheh), and also to the bowed Byzantine lira which is an ancestor of the European violin family. The answer could very well be that the Pontic lyra is related to both the kamancheh and the Byzantine lyra.  Other variations of the kemenche also exist, such as the Kemona and the Kemane. 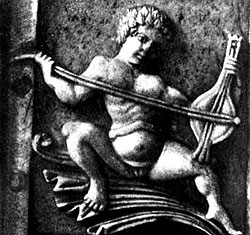 Geographically the Pontic lyra was played only in the areas which once bordered the Byzantine Empire of Trebizond (from Samsun to just east of Trabzon, and also inland). Today, in this region situated in north-eastern Turkey, the kemenche is still made by local luthiers and played extensively and is referred to as Karadeniz kemençesi. The Karadeniz kemençesi is a slightly lighter instrument due to its lower depth. It also has fewer sound holes and therefore sounds slightly different. The instrument is generally not played in other parts of Turkey. The Rum (Orthodox Greeks) who lived in this region for nearly 3000 years, and who were expelled in 1923 as part of the exchange of populations between Greece and Turkey, sometimes simply call the instrument a ‘lyra'. 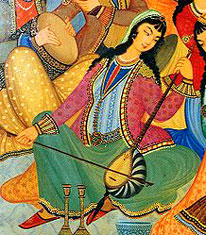 Woman playing the kamancheh in a painting from the Hasht Behesht Palace in Isfahan Persia, 1669.

We shall never know what an illiterate fiddler of the early Middle Ages played on his lira; but the polyphonic fiddling of those who live on the Black Sea coast, in the belt of hazel-nut cultivation between Giresun and Hopa, may without exaggeration be described as quasi-mediaeval. 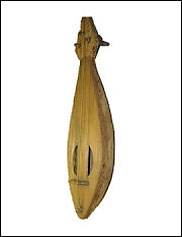 Byzantine lyra found in excavations at Novgorod dated to 1190 AD

See also:
The Components of the Pontic Lyra

A traditional Pontic Greek tune played with the Pontic lyra