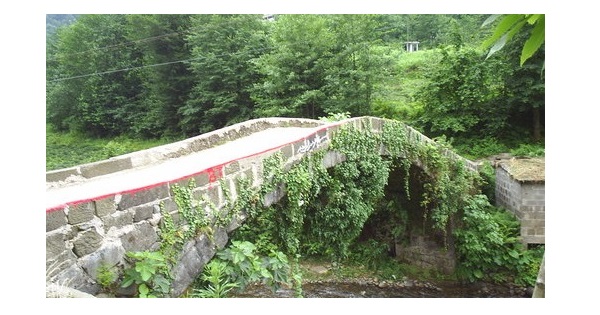 Krinita (Gr: Κρηνίτα, Tr: Çatalsöğüt) was the largest of the Christian villages in the Pontic province of Of, and comprised 70 houses and 350 residents. One source states that 4/5 of the houses in the village belonged to Greeks. The village's church was dedicated to the brigadiers Michael and Gabriel.

The village had a large three-story school which had 8 classes and was the pride of the province. It was maintained by the residents. In addition to the general class curriculum, students were also taught French and Turkish. The 3rd story of the school building was one single classroom. Each class was taught by two and sometimes three teachers.

The village had its own charitable fraternity named The Progress which had an affiliation with the city of Batumi. It's last president was Panayiotis Efraimidis. In 1917 the education society The Story (Ο Πελαργός) was founded however it only lasted till 1922.

The main form of employment for it's residents was agriculture although some were active merchants and others metallurgists who made farming tools. As was common in many parts of the eastern region of Pontus, many fled to neighboring Russia during times of persecution.

When the Turkish Nationalists began the persecution of the Christians in the Of province, the first village to fall victim was Krinita. 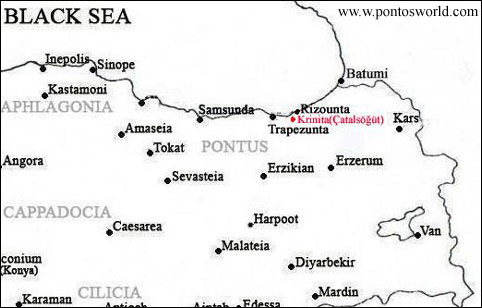 - The Encyclopaedia of Pontian Hellenism
- Events and Cultural Characteristics regarding the Pontian-Greeks and their Descendants. by Steve Papadopoulos