Christians under the Ottoman Turks 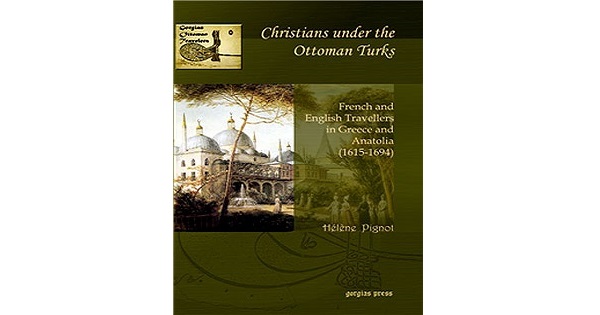 In the 17th century Britons left their country in vast numbers - explorers, young aristocrats, diplomats, ecclesiastics, soldiers, botanists, merchants, pirates or simply "tourists". Among them only the most intrepid or passionate ventured into the faraway lands of the Ottoman Empire and wrote travel narratives. These accounts, which were best-sellers in their day, provide a valuable but also entertaining testimony on the everyday life of Orthodox Christians in the Ottoman Empire and their coexistence with the Turks.

Greek Christians, though politically enslaved and living under the Ottoman yoke, enjoyed greater religious freedom than many of their brothers in Christian Europe who were persecuted for their faith. At a time when such a small country as England struggled to impose religious uniformity on its people, even to the point of causing civil war, a huge Empire like that of the Ottomans, spreading across three continents, permitted diversity and tolerated all religions.

French and English travellers, amazed by the exuberance and cheerfulness of the Greeks especially during religious festivals, give us a vivid account of their cultural and religious otherness. Their intellectual curiosity about Greece and the faith of the Greeks, at times somewhat tainted by misunderstanding, opened a window on the Orthodox Church, and thus paved the way for future and deeper dialogue.