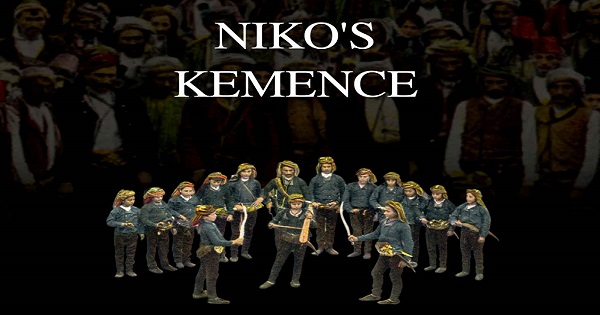 Niko’s Kemence is a book of 13 short stories most of which take place in the Black Sea (Karadeniz) region of Turkey. The stories in the book center around the exchange of populations between Greece and Turkey and the after effects of the forced exchange. The story that gives the book its name is that of Niko, a Greek who was born and brought up in Trabzon but was settled in Thessaloniki after the exchange. For Niko, the exchange was traumatic because it was done against his wishes.

In the story ‘Hey Gidi!’ the setting takes place during the course of the migration. This story centres around the closeness between Heva and Yorgia, and the closeness of Muslim and Christian. Through this story, real social bonds between the people of the Black Sea before the migration are brought to light. Here, aspects of the solidarity and closeness of these communities are expressed, despite the divisions that were present during the final phase before they were forced apart.  The story ‘Silent Resistance’ is about Sergeant Ilyas, a man who is trying to pick up the pieces of his past. He returns to live in a village called Erenkoy where he had spent most of his former life, but which has now been deserted because of the economic migration of its inhabitants.

The book was originally published in Turkish and its English translation is a welcome addition for readers of English literature.  Available at Amazon

Omer Asan is the author of two other books: a biography of Hasan Izzetin Dinamo, a well-known Turkish author; and ’Pontus Culture’, which is the result of his research into the sociological and folkloric features of the Black Sea region.