A Brief Introduction to the Pontic Greek Dialect 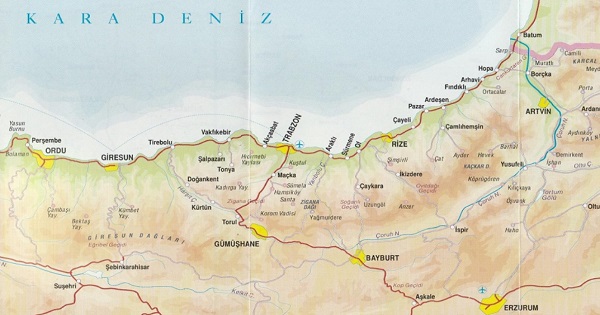 Greeks colonised Pontos in the north-east corner of Anatolia near the Black Sea from at least the 7th century BC (Tsetskhladze 1994).  After around 2,500 years of occupation in Pontos the Greeks were expelled from Turkey in the 1920s during the Population Exchange between Greece and Turkey (Note 1).  When these Pontic Greeks arrived in Greece most of them spoke Pontic Greek, an old form of the Greek language.

Today, the Pontic Greek dialect spoken in Greece has included terms from Demotic Greek (the modern vernacular form of Greek).  The Pontic Greek dialect is still spoken by relatively few Muslim Turks in Pontos, who not exposed to modern Greek terms, speak a ‘cleaner version’ of the dialect called Romeyka.  Most of the ancestors of these Muslim Turks were forced to convert to Islam [between the 15th and 18th century]—but they maintained their language (Mackridge 1987).

In the 11th century when the Seljuk Turks invaded Anatolia, Pontos and the Pontic Greek dialect became isolated from other Greek speaking areas.  This would help to explain both the preservation of many medieval characteristics in Pontic Greek spoken today that have disappeared elsewhere and the development of many radically new features that have not appeared in other dialects.  There are hundreds of words in Pontic Greek that are unfamiliar to other Greek dialects.  There is also a number of archaic words and forms that are preserved in the dialect (Mackridge 1987).  So it is not surprising that to Demotic Greek speakers, Pontic Greek is generally incomprehensible.

The most archaic form of the Pontic Greek dialect (Romeyka) has survived among the Muslims from the ‘Of’ region (east of Trabzon, see Figure 1), who were predominantly Christian Greek descendants of this region, who under pressure from the derebeys [valley lords] in the 17th century converted to Islam (Dawkins 1937).  In the past, many Turkish settlers near Of became [Pontic] Greek speakers since it was the major local language (Mackridge 1987).

Özkan (2013) states that today Romeyka is spoken in certain villages in the following four parts of the Trabzon region (Figure 1): 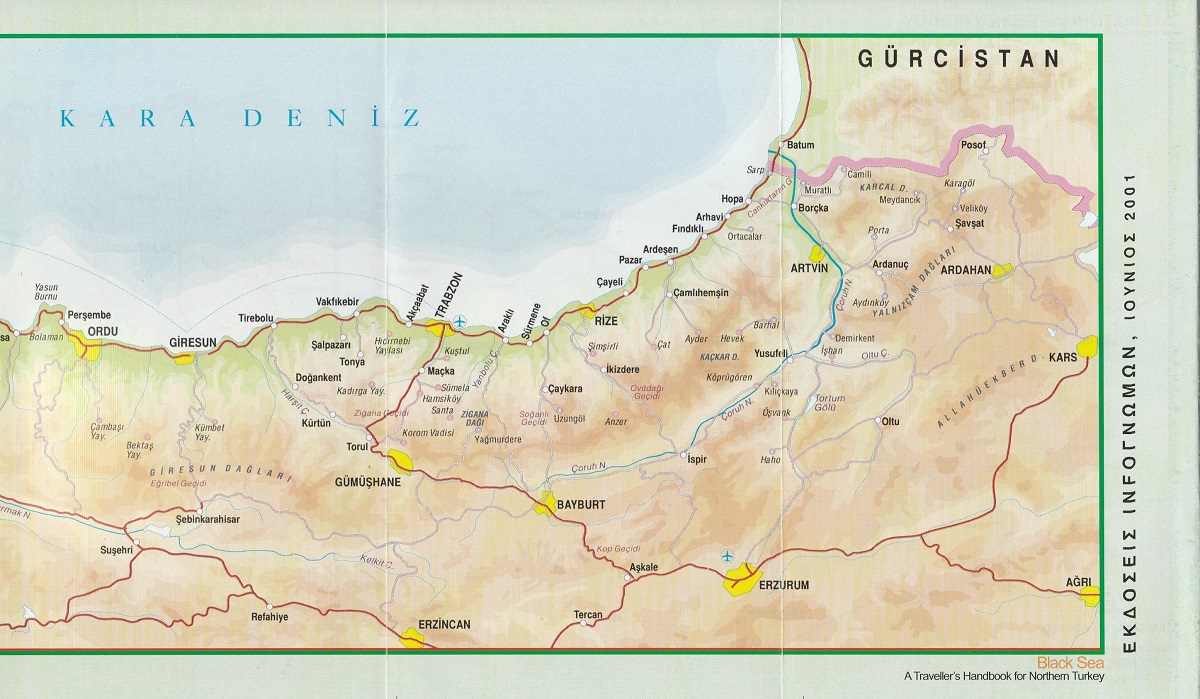 Sağlam (2017) states that children today do not speak Romeyka with the same proficiency as their Romeyka-speaking parents due to a number of factors which include the growing influence of the Turkish language via television and radio into these once remote villages.  In addition, the Turkish language and not Romeyka is taught in schools.

Dr Sitaridou, at: www.romeyka.org/the-romeyka-project/rediscovering-romeyka (accessed October 2018) states that when the Islamisation of many Christians in Pontos took place (15th–18th centuries), the Romeyka of the Muslims was isolated from the Christian Greek speakers. The movement of Muslim Romeyka speakers from the Trabzon region, coupled with the influence of the Turkish-speaking majority, has left Romeyka vulnerable to extinction.

Pontic Greeks had been emigrating to Russia and the Caucasus from the 18th century up to the Population Exchange (by 1924).  In the 20th century and especially in the years following the collapse of the Soviet Union (December 1991), many people of Pontic Greek descent moved from the former Soviet Union to settle in Greece.

In January 1923, Greece and Turkey signed the Lausanne Convention concerning the Population Exchange between Greece and Turkey.  This convention stipulated the compulsory exchange of Turkish nationals of the Greek Orthodox religion in Turkish territory and the Greek nationals of the Moslem religion in Greek territory.  The Greeks in Constantinople and the Muslims in Western Thrace were exempt from this exchange.  The exclusion of the Orthodox inhabitants of the islands of Imbros and Tenedos was specified later in the wider Treaty of Lausanne signed in July 1923 (Hirschon 2008).

Acknowledgement
Thanks to Russell McCaskie for his comments on an earlier draft.