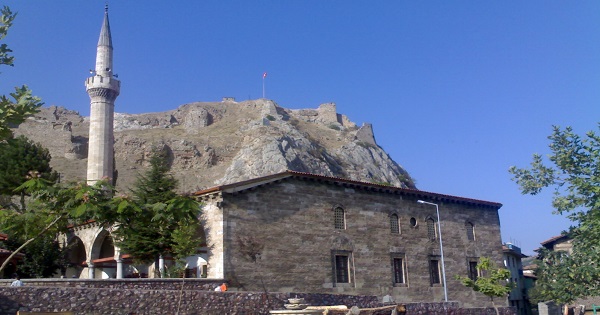 Tokat (Gr: Τοκάτη) is a town and province in the western region of Pontus. It was also referred to as Tokation (Gr: Τοκάτιον). During the Byzantine era it was known as Evdokiada (Gr: Eυδοκιάδα). During Ottoman times the name Tokat was the name of the district and sanjak which the town was situated in. It was sometimes called Dokia (Gr: Δόκεια).

It was at Zile in the Tokat province where Julius Caesar said the immortal words Veni, vidi, vici (I came, I saw, I conquered) after his famous victory against Pharnaces II of Pontus.

The citadel of Tokat played an important role in maintaining and protecting the Pontic Kingdom. Many of Mithradates' wars were fought nearby, and it was here that Julius Caesar finally defeated Pharnaces II in 47 BC, thus extinguishing any hope of an independent Pontic Kingdom.

Up until the reign of Justinian I (6th century), neighboring Neocaesarea (Niksar) was a busy Pontic epicentre, while Tokat itself was referred to as flourishing with activity. It was conquered by the Seljuk Turks at the end of the 12th century. The town was admitted into the Ottoman Empire in 1392.

The Greeks, Armenians and Jews controlled the town's commerce up until WW1.

The district which was also known as Kazova (Gr: Κάζοβα), consisted of many Greek villages up until the genocide and subsequent exchange of populations (1923) . The district consisted of 82 churches and 87 religious clergy. It also consisted of 67 boys schools and 12 girls schools which were under the supervision of 94 teachers. In total 2,878 pupils attended these schools. 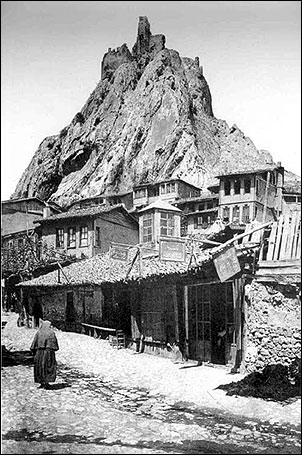 The ancient citadel sits atop a steep hill in Tokat.

The sanjak of Tokat

Administratively the sanjak of Tokat belonged to the vilayet of Sevasteia. It was divided into 4 kazas; Neocaesarea (Tr: Niksar), Erpaa (Tr: Erbaa), Tokat and Zile.

The town of Tokat

The town of Tokat otherwise known as Tokation (Gr: Τοκάτιον) is Byzantine Evdokiada. According to D.I Oikonomides it is situated on ancient Dazimonitida (Gr: Δαζιμωνίτιδα), a name used by the royals of the time. According to S. Ioannidis the town was founded by the residents of Comana during the years of Emperor Heraclius (610-641 AD), and was named after the Emperor's daughter Evdokia. Also according to Ioannidis, the Seljuk Turks used to call the town Kratokia and later changed it to Tokati. Ioannidis also says that the old town whose walls are still standing today along with some old houses, was situated at a higher altitude but in close proximity to today's Tokat. He also adds that during his time (c.1850), the citadel of Tokat existed in good condition and virtually unscathed, probably because it was located in an inaccessible area.

...the ancient town (Tokat) is located just above modern Tokat and has its citadel preserved in its entirety among inaccessible cliffs. Today's town is in a valley by the river Iridos (Iris or Yesil Irmak), the banks of which contain remnants of Greek architecture. The ancient fortresses have been saved and are located atop two mountains from which the view of the surrounds is impeccable. The new town can be seen extending from the foot of the mountain. The foundation of Tokat settlement was a result of ancient Comana (Comana Pontica) which is situated to the east and was (settled) no later than the middle of this century (ie. no later than 1850). The Armenians call the town Evdokian or Evdoksian. The town was notorious for its textile industry and its copper manufacturing plants which were reliant on the Kempan Maden mine, a mine which has since been depleted but which in the prior century kept 600 factories in operation.

During Ioannidis' years, Tokat was the see of the Diocese of Neocaesarea and had 18,000 residents living there. The town consisted of 400 houses of Turkish speaking Greeks, as well as 100 Turkish houses. Ioannidis also says that apart from those who openly declared their Christian faith, a further 100 families were cryptochristians (Klosti), in other words they practiced their Christianity privately.

There was one Greek church, four Armenian churches and a Jewish synagogue, all of which were located in close proximity. The Greeks ran a Greek school and one which was multilingual (Greek and Turkish). Close to Keksa at a distance of 2 hours by foot from the town, was a Greek monastery, although within the town there were 2 Armenian monasteries. 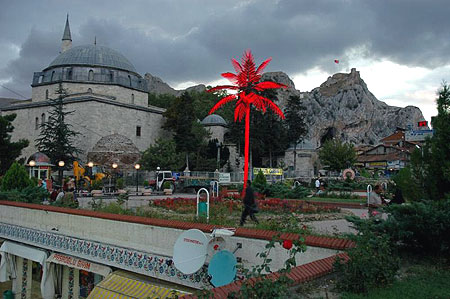 In the 17th century Tokat had a sizeable Christian population. Frances Rowden Chesney who visited Tokat between the years 1835-1837 says that the Christians outnumbered the Muslims in the town. He estimated 1000 Armenians and Greeks, to 800 Muslims.

During the genocide, Tokat was sometimes the destination for those unfortunate to be sent on death marches into the interior of Turkey. On the 15th of June 1921, 365 Greeks from Amisos (Tr: Samsun) along with 100 Greeks from Oinoi (Trk: Unye) and 600 from Kerasunta (Tr: Giresun) were deported to Tokat. 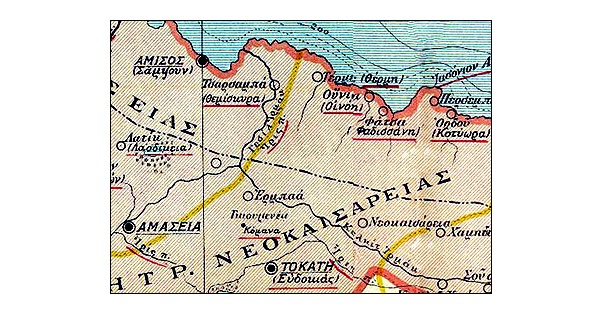