Population Exchange in Greek Macedonia: The Rural Settlement of Refugees 1922-1930 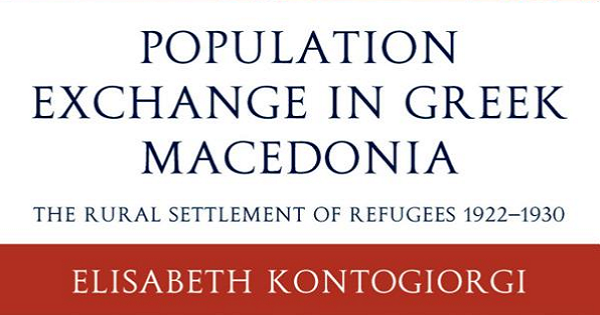 Following the defeat of the Greek Army in 1922 by nationalist Turkish forces, the Convention of Lausanne in 1923 specified the first compulsory exchange of populations ratified by an international organization. The arrival in Greece of over 1.2 million refugees and their settlement proved to be a watershed with far-reaching consequences for the country. Elisabeth Kontogiorgi examines the agricultural settlement of a great number of refugees in Greek Macedonia against the background of forced migration and refugee studies more generally.

PART 2
3. Establishment of the Refugee Settlement Comission: Settlemtn policies in Macedenia
4. The land issue before and during the refugee resettlement
5. Agricultural Resettlement and land distribution

PART 3
6. The social and political impact
7. The ethnological impact
8. Geographical distribution of the refugees

PART 4
9. Infrastructure development
10.The impact of refugee resettlement on agriculture and animal husbandry