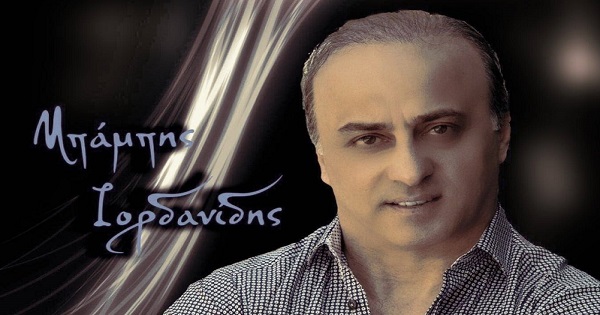 Babis Iordanidis was born in Munich, Germany in 1966. The origins of his grandfather are from a village called Livadia near the region of Galiaina (today Galyan) in Pontos. His first performance as a singer was in Veria, Greece where at the age of 6 he began to sing alongside his uncle Stathis Gavridis who played the kemenche. Since then he has performed alongside many lyra players including Giannis Sofianidis, Giorgos Kougioumtzidis, Babis Kemanetzidis and Giorgos Dimitriadis. He has also performed in America and Australia.