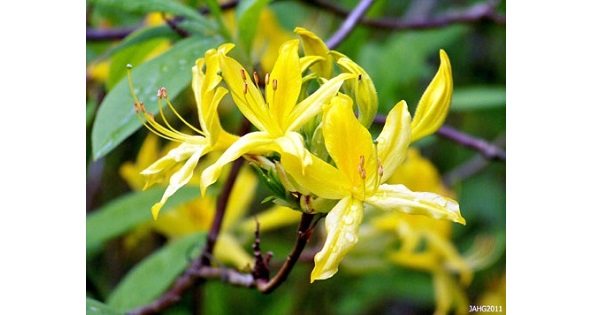 The Pontic Azalea (Rhododendrum luteum) is a deciduous azalea that has fragrant deep yellow flowers and grows in the Pontus region in the north-east of Turkey, southern Russia and the Caucasus, in Poland, Austria and throughout the Balkans. It is a small deciduous shrub that grows to about 4-6 feet in height and narrower in width.

The 2 inch flowers are yellow with a darker yellow blotch on the upper petal and are nicely sweet. The flowers of the Pontic Azalea are said to poison the honey it obtains and are believed to be the cause of the poisoning of Xenophon's army in 401BC. Due to its toxic effect, the honey from the flower is sometimes referred to as 'mad honey'.

Historical accounts of its toxicity:

In 401 BC, Xenophon of Athens led 10,000 Spartan soldiers in retreat from an unsuccessful invasion of the Persian Empire. Two days' march from the Black Sea coast of Turkey, they retreated in to a village where the locals gave them honeycombs. They soon "lost their senses and were seized with vomiting and purging, none of them being able to stand on their legs." Those who ate very little were like drunken men. Those who at much were like madmen. Great numbers lay on the ground. The next day none of them had died but had recovered their senses. By the fourth day they had recovered and the Persians had not discovered their vulnerable predicament.1

In 67 BC, 334 years later, Pompey the Great of Rome embarked to defeat the King of Pontus, Mithridates VI. In 66 BC, part of Pompey's army camped in the same area near the Black Sea coast of Turkey where Xenophon's army had been poisoned. History repeated itself. Locals gave Pompey's troops honeycombs. This time, the Pontic army learned of their predicament and massacred Pompey's party. It took Pompey an additional three years to defeat the Pontic army.1 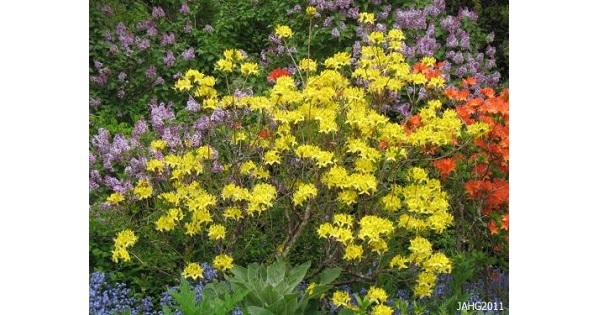