Zoupouna or Zipouna is the name given to the traditional costume worn by Pontic females. It was generally worn by ladies living in urban centers and is considered Byzantine in origin. It consists of a number of parts, but is named after the zoupouna, the long robe which forms the basis of the costume. The costume differed from region to region. Decorative material and jewellery were added often added depending on the seniority of the female. For more information read: Traditional Pontic Greek costumes 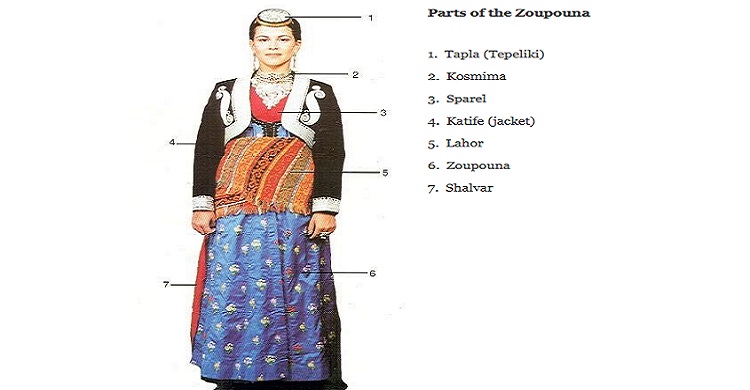 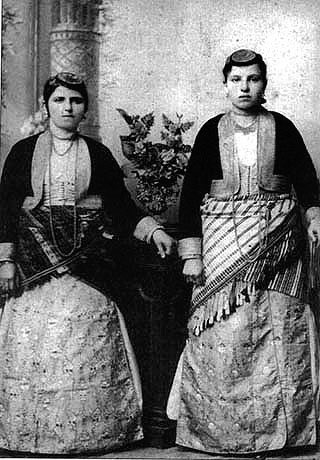