Pontos: Memories in the Mist of the Past

A documentary about Pontus directed by Yorgos Demir will be screened at the Thessaloniki Documentary Film Festival in Greece on the 7 & 8th of March 2018. According to the documentary's official Facebook page, Pontos: Memories in the Mist of the Past.. "aims to contribute to Turkey´s effort to reconcile with its history."

The documentary was guided by two academics from Turkey and Greece and their combined research and testimonies achieved a journey through the past. Through an objective perspective and the use of documents, the documentary answers the common questions regarding the controversial issues in the region of Pontos in north-eastern Turkey where a sizeable Greek Orthodox (Rum) community once lived. The documentary also leads a young man from İzmir (formerly Smyrna) of Turkey to discover and to adopt a new identity from his personal past.  More information: Thessaloniki Documentary Film Festival 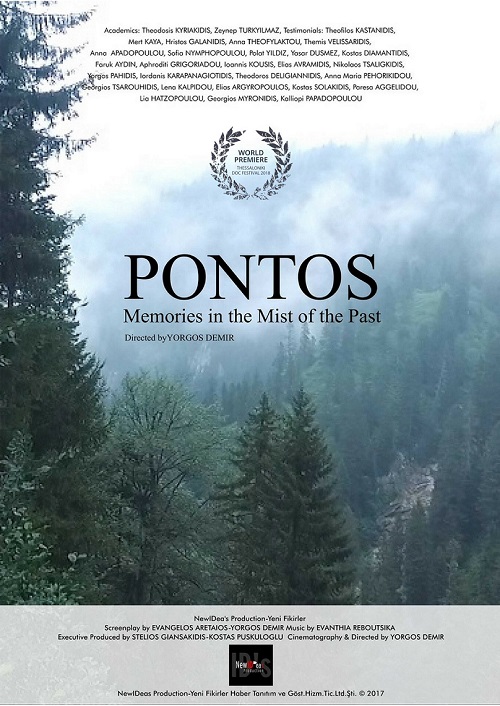