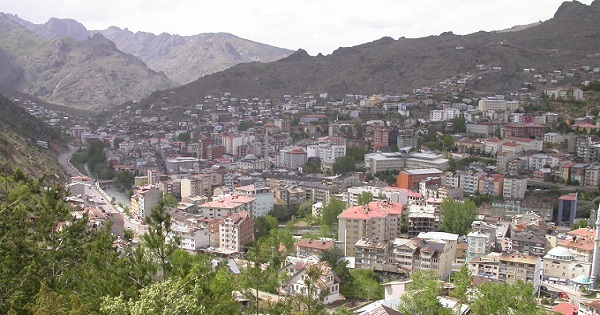 Argyroupoli (Gr: Αργυρούπολη, Tr: Gümüşhane) is a city located 80 km south of Trabzon in Pontus (north eastern Turkey), and was the home town of the historic province of Chaldia. The city was established around 700 BC as the settlement of Thyra (Gr: Θύρα) by Ionian Greeks who first discovered silver in the region. Its name stems from two Greek words (Argyro = silver, and Polis = city). Other names used to describe the town were Argyropolis (Αργυρόπολις), Gimiskhana (Γκιμισχανά), and Kiumuskhana (Κιουμουσχανά).

Around 840 AD, Argyroupolis was included in the new Roman (Byzantine) province of Chaldia (Χαλδία). During the Ottoman period, the sanjak of Argyroupolis fell under the administration of the vilayet of Trabzon and was divided into four cazas: namely Argyroupolis, Torul (capital city Ardassa), Cheriana, and Keltik.

The sanjak in which Argyroupoli was situated, at some stage comprised 37 mines of argentiferous lead and 6 copper mines. There is no evidence that these mines were in use during Byzantine times. 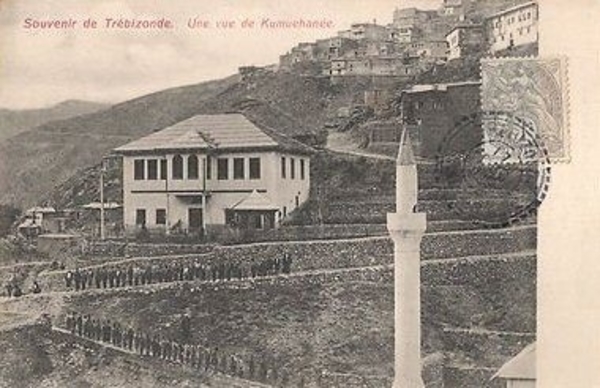 The first residents of Argyroupolis settled in the region just after the fall of Trebizond (1461) and the town soon became a home for miners. Sultan Murad ΙΙΙ (1574-1595) appears to have granted extra privileges to the chief miners, and the town prospered and soon became a center of Hellenism. At the time, it comprised 60,000 residents. Its trade was increasing and the whole province of Chaldia was on the rise. Another example of its development was that they minted coins with the name 'Kiumus-hane' on them. Yet another example was the settlement of chief mining families there such as the Sarasites, the Karatsades, the Stavracoglous, the Kalimachidis', the Grigorantons and others. There were also more jewellery shops opening as well as more hagiography and other arts in the region.

The rise in wealth and abundance soon brought positive change to the communities. From the beginning of the 18th century new schools were opening, and from 1723 the Frontistirion (Greek Tuition Center) of Argyroupolis was in full operation. The Tuition Center became an educational institution and spiritual center of the region. In 1650 the diocese was elevated to archdiocese status, and hundreds of churches and temples were built. 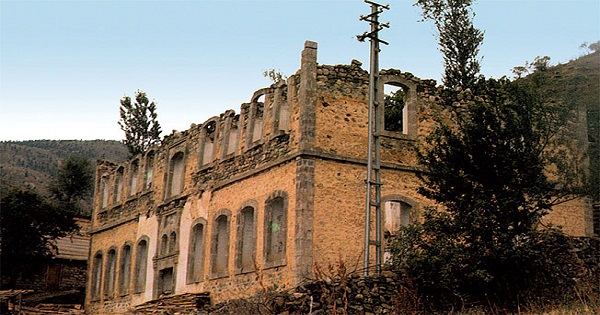 The remains of the Greek Tuition Center of Argyroupolis

But with every rise comes a fall. New mines rich in minerals were discovered in Ak-dag Maden and Argoni which resulted in a large exodus of miners from Argyroupolis to the new mines. The drop in population was followed by the Russo-Turkish War of 1829-30, and the majority of its inhabitants fled to Southern Russia, Nicomedia, Mesopotamia and other mining regions; from Tiflis to as far as Ak-Dag and the Taurus. During those years tension between the Greek and Muslim population was also growing due to the Greek Revolution and the revelations of the Stavriotes who practiced two religions (Christianity in private), but came forward and publicly declared their Orthodoxy.

During those confusing and troubling times many people became benefactors of Argyroupolis, such as the Sarasite family and the influential teacher Georgios Kyriakidis. Kyriakidis identified the need to extract large sums of money from the churches such as Saint George and Saint Theodore for the educational needs of the town. Sale of church property as well as donations and consecrations resulted in the erection of a new school at the Frontistirion of Argyroupolis, a school which was to operate until the exchange of populations between Greece and Turkey (1923). The Frontistirion comprised a 3 grade high school, a 7 grade primary school including scholarship classes, and a 6 grade girl's school, as well as a carpet making technical school. 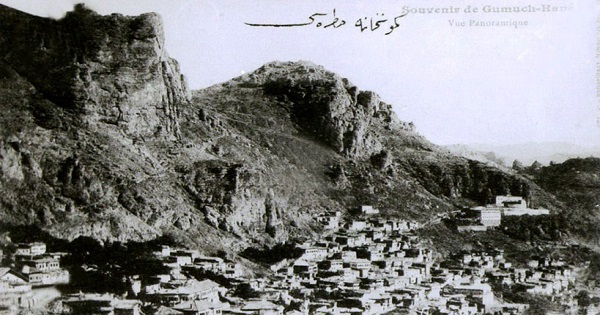 Another public building was the library, the Educational Society Kyriakidis, as well as the Metropolis of Chaldia. The Argyroupolitans therefore are very much regarded as having some of the best resources in education, due mainly to their economic prosperity from mining.

Following the genocide (1914-1923), few Argyroupolitans managed to flee to Greece. Those that did, settled in the Macedonia region of Northern Greece. A small group which settled in Naousa brought precious items with them from their churches as well as items from the library of the Tuition Center including rare manuscripts and books. This collection is still in use today and is considered a prized asset of Naousa.

Argyroupolis was occupied by the Russian army on July 20, 1916, but the Russians withdrew on February 15, 1918 after the fall of the Czar. After the exchange of populations (1923) no Greek Orthodox remained in the region.

- The Encyclopedia of Pontian Hellenism. Malliaris Pedia.
- The Byzantine Monuments and Topography of the Pontos. Anthony Bryer, David Winfield. Dumbarton Oaks p.3
- The Ecumenical Patriarchate: A History of its Metropolitans. By Demetrius Kiminas p.105