The History of Sinope 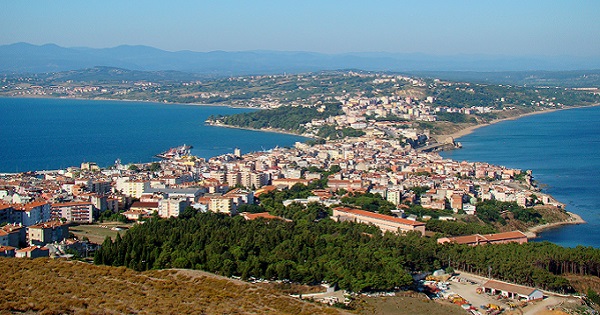 Greek Settlement
The name Sinope is probably of Hittite origin and its settlement may have existed at least during the Hittite period. After the fall of the New Hittite kingdom [around 1190 BC] and the migration of the Kashka people to the east, the south-eastern Black Sea coast seems to have been inhabited by people who the Greeks called ‘White Syrians’ (De Boer 2015).
Sinope’s Greek colony was founded ‘around’ 630 BC by Greeks from Miletos (on the west coast of Anatolia) who drove out the local Anatolian natives. Sinope (Plate 1), the port in western Pontos, then conquered land from the local natives to the east for her colonists who settled Trabzon, Kotyora (Ordu) and Kerasous (Giresun). Around 436 BC the tyrant Timesileos was driven out of Sinope by the Athenians under Pericles. A contingent of 600 men was sent there to consolidate Athenian influence and to establish a democracy. They probably departed in 405 BC (Avram et al. 2004).
In 400 BC, Xenophon with his Greek mercenaries visited Sinope on their way back to Greece from Persia.
Sinope stands on the north-east corner of a peninsula which provides strong defence. The peninsula has gently rolling fertile hills with mountains which begin to rise to around 1,300 metres about 35 kilometres inland. The main harbour of Sinope is the best on the Pontic Black Sea coast. Its two ports are divided only by the walled town. Sinope did not lie at the head of a major trade route, but it was a major port. Sinope had sea links with Crimea and the other Greek colonies of the Black Sea. It exported olive oil, miltos (red earth), timber, salted mullet and tunny fish (Bryer and Winfield 1985).

Persian to Ottoman Period
By 547 BC, northern Anatolia became a part of the Persian empire, however, Persia probably exerted little direct political control over the Pontic mountains to Pontos. But, by at least around 332 BC, Sinope was under firm Persian control (Şerifoğlu 2015).
Although the army of Alexander the Great (reign 336–323 BC) defeated the Persians in Anatolia, the Greeks did not march north to conquer the Black Sea coast. These areas however, eventually accepted Greek authority (Şerifoğlu and Bakan 2015). After the death of Alexander, Mithradates I established the kingdom of Pontos in 302 BC. Mithradates I up to Mithradates VI ruled until the latter was defeated by Rome in 64 BC.
In 183 BC, Sinope fell to Pharnakes I, the Pontic king. Years after Rome defeated the Pontic kings, it directly became part of the Roman empire and then part of the Byzantine [Eastern Roman] empire. In 1204–1205, Sinope fell to Alexios and David Komnenos of Trebizond until 1214, when the Seljuk Turks captured Sinope. Around 1324, Sinope passed into the hands of the Turkmen of Kastamonu. Almost a century and a half later, in 1461, Sinope was captured by the Ottoman Turks (Bryer and Winfield 1985).
By 1836, Sinope was ‘estimated’ to contain 500 Turkish houses within its walls and 300 Greek houses outside the town walls (Hamilton 1842). In the mid-19th century, direct steamship services were introduced from Istanbul to the Crimean ports and to Samsun and Trabzon. They bypassed Sinope which, deprived of trade, entered a period of decline (Bryer and Winfield 1985).

During & After World War I
In 1914, one month after the mobilisation, 400 Christians from Sinope registered for the work battalions and were sent inland. Many deserted (Fotiadis 2019).
In 1916, as a result of the Russian occupation of north-east Anatolia, the Ottoman Turks ordered that the Greeks near the Black Sea coast should be deported away from the Russian occupied area. After the Greeks from Sinope were deported, a fire broke out destroying 400 Greek houses and shops (Greek Patriarchate 1919). In September 1916, 4,500 Greeks were transferred from Sinope (Fotiadis 2019). From 1916–1923 the Ottoman Turks and then the Kemalists implemented their genocide policy against Greeks. This was part of the genocide by the Ottoman Turks and then the Kemalists against Christians and other minorities.
After World War I, the Greeks who survived the forced deportations returned home. Later, in June 1921, a Greek warship bombed Inebolu west of Sinope. With the perceived danger of a Greek landing in Samsun, the Turkish authorities deported many Greek males to the interior (Mango 2002) and thus 550 Greeks from Sinope were relocated (Korucu and Daglioglu 2019).
As part of the population exchange in the early 1920s, Greeks from Sinope (and other Turkish territories) were forced to leave their homeland for Greece.