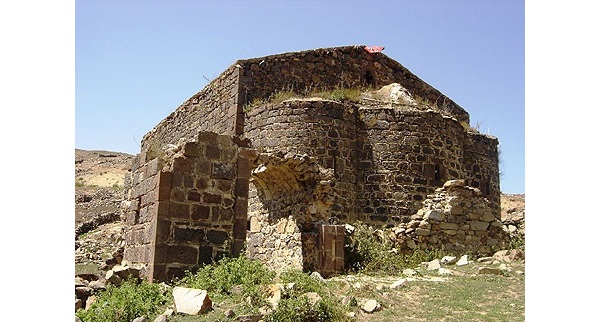 The church of the Prophet Elias, in Kirkharman. Photo by Zizou.

Kirkharman (Gr: Κιρκχαρμάν, Tr: Kirkharman Yaylasi) was a village located on the side of a mountain range approximately 50km S-SE of Giresun. Prior to 1923 it comprised 350 residents who maintained their own church which was named after the Prophet Elias (Tr: Kırkharman Kilisesi). The village also had a school. Most of its residents were drivers or guides. The village was built in the 17th century during a time in which the steel mines of the region were in operation. Around 1916 the village was burnt down by Turks causing the residents to flee to neighboring villages.

In 1916, the residents were deported and the few that survived were involuntarily sent to Greece as part of the exchange of populations between Greece and Turkey.

Reference: The Encyclopedia of Pontian Hellenism